The Hanumandhoka Palace Guided Tour realizes one of the major aims of the Hanumandhoka Palace Museum Development Committee: to open the palace complex premises that were once only accessible to the royals and the high-ranking officials to the general public in a manner that encourages education, information, transparency, and sustainability . . .

Mapping a route that starts from the Pratapdhvaja in front of the Degu Taleju Mandir to the Jaldroni alongside the Hanuman Murti in front of the Swarna Dwar to the Narsimha Murti and Dabali inside the Nasal Chowk to Lohan Chowk to the two ponds of Nag Pokhari and Narayan Pokhari in the Bhandarkhal Garden and ends with the recently renovated, never-before-allowed tour inside the neo-classical Gaddi Baithak, the Hanumandhoka Palace Guided Tour has been set up by giving special training to the guides who accompany the visitors in groups around the Hanumandhoka Palace premises.

What is more is that many of the guided tours are demographic-specific, and there is a different schedule for guided tours for only children, which – in addition to the guided tour – provide the children with activity handbooks that they can fill, record, and learn from. 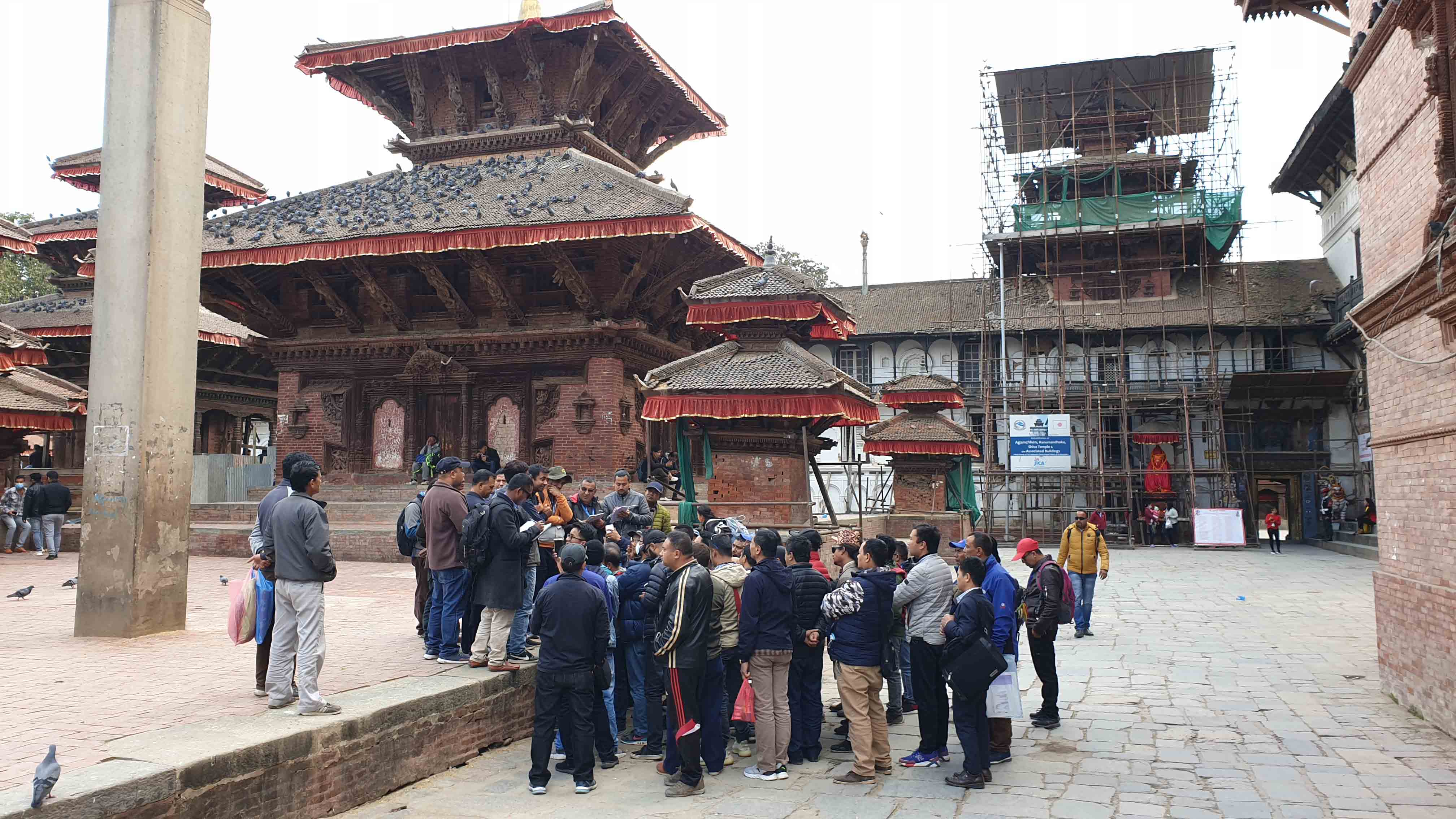 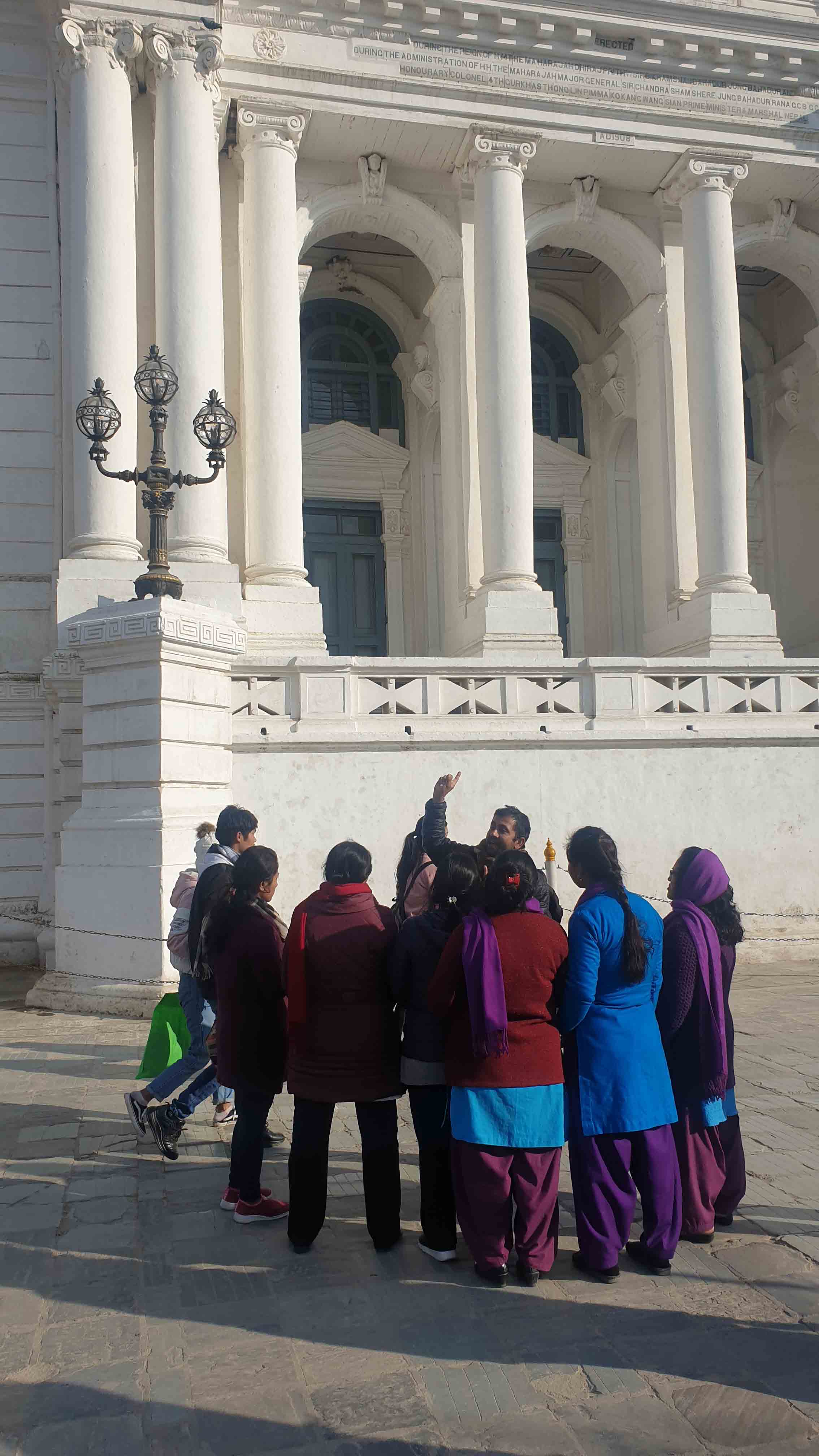 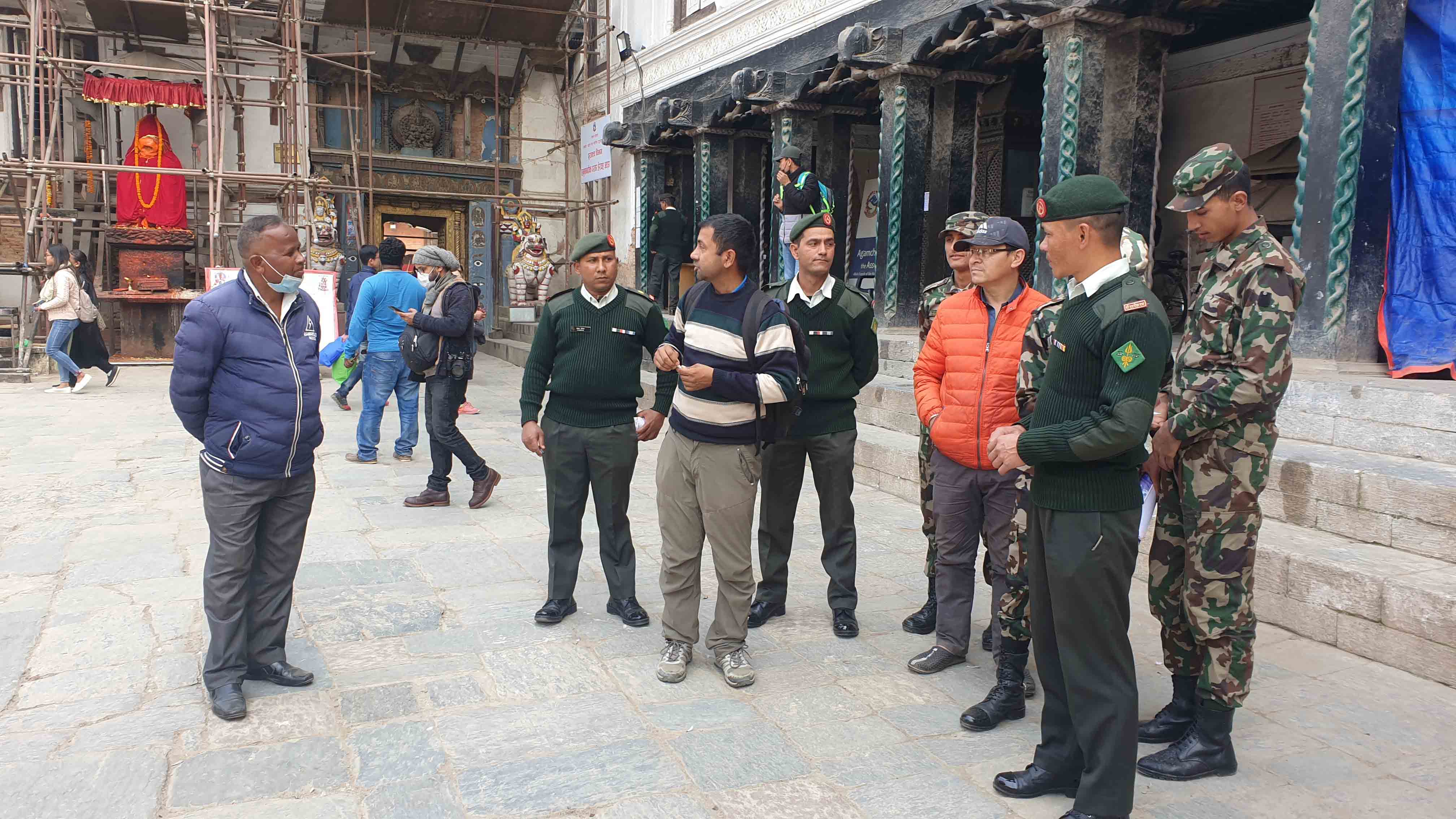 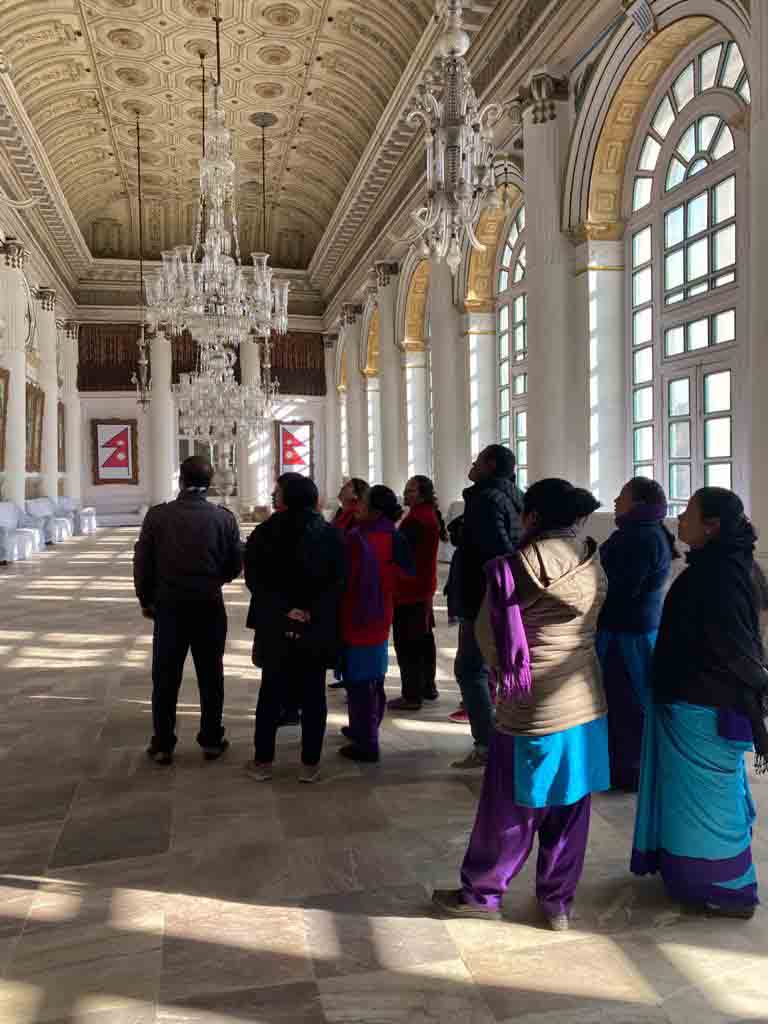 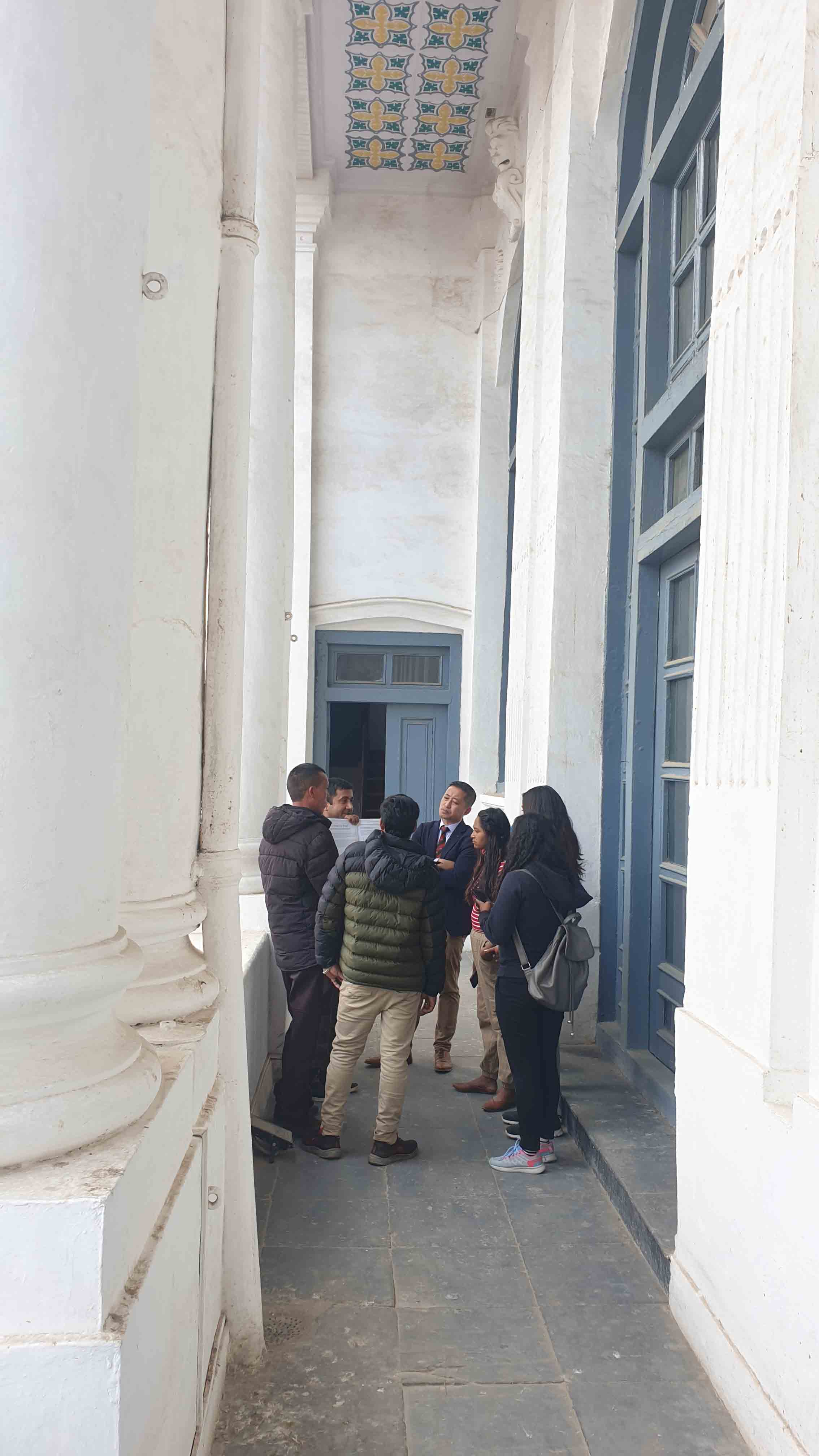 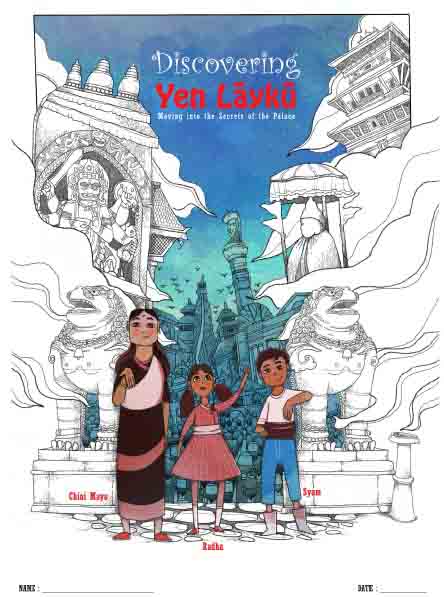